listen)) is a county in the U.S. state of California, in the Sierra Nevada. As of the 2020 census, the population was 40,474.[3] The county seat is Jackson.[4] Amador County, located within California's Gold Country, is known as "The Heart of the Mother Lode". There is a substantial viticultural industry in the county. 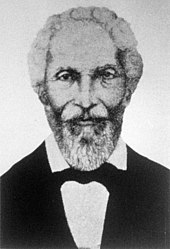 Amador County is named after José María Amador, a Californio miner who found gold in the area in 1848. 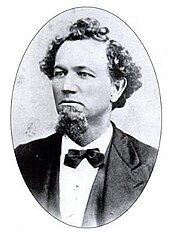 The former Amador County Courthouse consists of two buildings: the second courthouse (built 1864) and the Hall of Records (1893), that were enclosed and combined in 1939 with an Art Deco exterior.[5]

Amador County was created by the California Legislature on May 11, 1854, from parts of Calaveras and El Dorado counties.[6] It was organized on July 3, 1854.[6] In 1864, part of the county's territory was given to Alpine County.

The county is named for José María Amador, a soldier, rancher, and miner, born in San Francisco in 1794,[7] the son of Sergeant Pedro Amador (a Spanish soldier who settled in California in 1771) and younger brother to Sinforosa Amador.

In 1848, Jose Maria Amador, with several Native Americans, established a successful gold mining camp near the present town of Amador City. In Spanish, the word amador means "one who loves". Some of the Mother Lode's most successful gold mines were located in Amador County, including the Kennedy, Argonaut, and Keystone.

There are numerous gold mines in Amador County including the Argonaut Mine, the Kennedy Mine, the Central Eureka, and the Lincoln. The Kennedy Mine in Jackson was the deepest gold mine of its time. The federal government closed all of the Mother Lode's mines in 1942 because they were considered non-essential to the war effort.[citation needed]

According to the U.S. Census Bureau, the county has a total area of 606 square miles (1,570 km2), of which 595 square miles (1,540 km2) is land and 11.4 square miles (30 km2) (1.9%) is water.[8] It is the fifth-smallest county in California by land area and second-smallest by total area. Water bodies in the county include Lake Amador, Lake Camanche, Pardee Reservoir, Bear River Reservoir, Silver Lake, Sutter Creek, Cosumnes River, Mokelumne River, and Lake Tabeaud. Thirty-seven miles of the North Fork and main Mokelumne River were added to the California Wild and Scenic Rivers System on June 27, 2018, when Governor Edmund G. "Jerry" Brown signed Senate Bill 854.

Amador County is located approximately 45 miles (72 km) southeast of Sacramento in the part of California known as the Mother Lode, or Gold Country in the Sierra Nevada.

Amador County ranges in elevation from approximately 250 feet (76 m) in the western portion of the county to over 9,000 feet (2,700 m) in the eastern portion of the county, the tallest point being Thunder Mountain. The county is bordered on the north by the Cosumnes River and El Dorado County and on the south by the Mokelumne River and Calaveras County, on the west by Sacramento and San Joaquin Counties, and the east by Alpine County.

The Shenandoah Valley was once the principal viticultural region of California though not as well known as the Napa Valley AVA or Sonoma Valley AVA viticultural regions.[25] With the discovery of gold, the area quickly became a mecca for those trying to make their fortune. In the process numerous wineries sprouted up, many of whose vineyards are still in use by wineries today. The decline of the California Gold Rush coupled with the onset of Prohibition devastated the wine-making region of Amador County. Today this area has been resurrected and is now home to over 40 different wineries. Amador County is known for its Zinfandel, but many other varietals are produced as well. Amador County has a high percentage of old Zinfandel vines. Some of the Zinfandel vineyards in this county are more than 125 years old[when?], including the original Grandpère vineyard, planted with Zinfandel before 1869 and believed to be the oldest Zinfandel vineyard in America.[26] This 10-acre (40,000 m2) vineyard is home to some of the oldest Zinfandel vines on earth, with proof of their existence dating to 1869 when it was listed as a descriptor on a deed from the U.S. Geological Survey. A grant deed in Amador County records further proves their existence in 1869.[citation needed]

The county is governed by a five-person elected Board of Supervisors and a County Administrator. The county seat is Jackson.

The unincorporated areas of Amador County are patrolled by the county sheriff's department who also operates the county jail and protects the courts. Municipal police departments within the county are at Ione, Jackson, and Sutter Creek.

Historically Amador was a Democratic-leaning county that voted Republican only in landslide victories. Between 1876 and 1976, Amador voted Republican only in 1900, 1904, 1908, 1920, 1952 and 1972[28] – and even in George McGovern's landslide loss it voted more Democratic than the nation. Since 1980 Amador has become and remained a strongly Republican county in presidential and congressional elections. The last Democrat to win a majority in the county was Jimmy Carter in 1976.

Due to the low population of the area, there are few schools with small class sizes. In total for public schools, there are two high schools, two junior high schools, and six elementary schools.[34] These numbers are in addition to two independent study schools, one charter school, and one continuing education school for adults. There are no colleges or universities within the county's borders.

"The Luck of Roaring Camp" is a short story by American author Bret Harte. It was first published in the August 1868 issue of the Overland Monthly and helped push Harte to international prominence. Harte lived in this area during his "Gold Rush" period, and possibly based the story in a mining camp on the Mokelumne River.

In the 1993 movie Homeward Bound: The Incredible Journey, a map of Amador County is shown, as well as many other California counties.

Amador Transit provides service in Jackson and nearby communities. Connections to Calaveras County and Sacramento are additionally provided.