Protected environmental areas of California, US 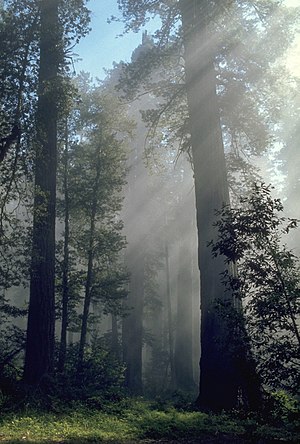 According to the California Protected Areas Database (CPAD), in the state of California, United States, there are over 14,000 inventoried protected areas administered by public agencies and non-profits. In addition, there are private conservation areas and other easements.[1] They include almost one-third of California's scenic coastline, including coastal wetlands, estuaries, beaches, and dune systems. The California State Parks system alone has 270 units and covers 1.3 million acres (5,300 km2), with over 280 miles (450 km) of coastline, 625 miles (1,006 km) of lake and river frontage, nearly 18,000 campsites, and 3,000 miles (5,000 km) of hiking, biking, and equestrian trails.

Obtaining an accurate total of all protected land in California and elsewhere is a complex task. Many parcels have inholdings, private lands within the protected areas, which may or may not be accounted for when calculating total area. Also, occasionally one parcel of land is included in two or more inventories. Over 90% of Yosemite National Park for example, is listed both as wilderness by the National Wilderness Preservation System, and as national park land by the National Park Service. The Cosumnes River Preserve is an extreme example, owned and managed by a handful of public agencies and private landowners, including the Bureau of Land Management, the County of Sacramento and The Nature Conservancy. Despite the difficulties, the CPAD gives the total area of protected land at 49,294,000 acres (199,490 km2), or 47.05% of the state (not including easements); a considerable amount for the most populous state in the country.

National Wildlife Refuge (NWR) is a designation for certain protected areas of the United States managed by the United States Fish and Wildlife Service. The National Wildlife Refuge System is an extensive system of public lands and waters set aside to conserve America's fish, wildlife and plants. Many of the state's refuges are important stops and destinations for millions of migrating birds along the Pacific Flyway corridor. One, the Butte Sink Wildlife Management Area, has the highest density of waterfowl in the world.[6] There are 38 units in the refuge system in California, including both wildlife refuges and wildlife management areas, divided into 9 different regional areas. Combined the areas equal about 440,000 acres (1,800 km2).

Rivers designated as Wild and Scenic are administered by one of four federal land management agencies: The Bureau of Land Management, The National Park Service, The U.S. Fish and Wildlife Service or The U.S. Forest Service.[7] There are 22 rivers in California with portions designated as Wild and Scenic, with 23 designations in all (the American River has two separate designations, one for the North Fork, and one for the Lower section).[8] Listed in miles.

California has 17 U.S. National Forests, one special management unit (Lake Tahoe) and parts of 3 other National Forests. Total combined area of the forests is 20,061,888 acres (81,187.58 km2) and covers over 19% of the state. The largest forest entirely within the state is Shasta-Trinity National Forest, at 2,209,832 acres (8,942.87 km2), the smallest is Cleveland National Forest at 460,000 acres (1,900 km2). The Lake Tahoe Basin Management Unit is not precisely a national forest in the conventional sense. Instead the Forest Service manages the land with particular attention paid to Lake Tahoe and its relationship with the forests surrounding it, with emphasis on erosion control management and watershed restoration, among other more conventional forest management activities. It is the smallest of the Forest Service units in California, with 191,000 acres (770 km2) in its jurisdiction split between California and Nevada. 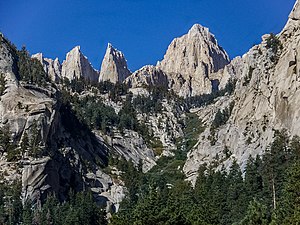 The 20 largest landholders, according to the CPAD 2018a Statistics Report: