Hawthorne is a city in the Los Angeles metropolitan area, located in southwestern Los Angeles County, California. It is part of a seventeen-city region commonly called the South Bay. As of the 2020 US census, Hawthorne had a population of 88,083.[6] 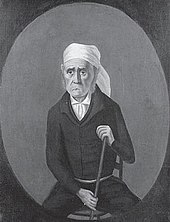 Hawthorne was originally part of Rancho Sausal Redondo, granted in 1837 to Antonio Ygnacio Ávila, of the prominent Ávila family of California.

Hawthorne was founded in 1905 as the "Hawthorne Improvement Company" by B.L. Harding and H.D. Lombard. Harding's daughter shared her birthday—the 4th of July, American Independence Day—with New England author Nathaniel Hawthorne, and a decision was made to name the city after him.[9]

Hawthorne was once a "whites only" settlement, commonly called a sundown town.[10] During the 1930s, signs warned African-Americans to be out of Hawthorne by sundown.[11]

Hawthorne comprises ZIP codes 90250 and 90251. It is in the 310 area code, except for a small portion of northeastern Hawthorne, which is located in the 323 area code.

Hawthorne, like the rest of the Los Angeles basin, has a Mediterranean climate:

Hawthorne has a Mediterranean climate or dry-summer subtropical (Köppen climate classification Csb on the coast, Csa inland), enjoying plenty of sunshine throughout the year, with an average of 263 sunshine days and only 35 days with measurable precipitation annually.[13]

The Los Angeles area is also subject to the phenomena typical of a microclimate. As such, the temperatures can vary as much as 18 °F (10 °C) between inland areas and the coast, with a temperature gradient of over one degree per mile (1.6 km) from the coast inland. California has also a weather phenomenon called "June Gloom or May Grey", which sometimes brings overcast or foggy skies in the morning at the coast, but usually gives way to sunny skies by noon, during late spring and early summer.

The Los Angeles region averages 15 inches (385 mm) of precipitation annually, which mainly occurs during the winter and spring (November through April) with generally light rain showers, but sometimes as heavy rainfall and thunderstorms. On November 6, 1966, the first-ever documented tornado touched down within city limits. It caused significant damage, running for about one-half mile (0.80 km), from 132nd Street and Ramona Avenue to 140th Street and Ramona Avenue. Snowfall is extremely rare but not impossible in the city basin.

As of 2022 the city is known as a center for the space industry and hosts numerous space related private companies, industries and startups.[17] The relatively large number of aerospace engineers and technicians, history of established aerospace companies, and the presence of SpaceX has facilitated the development of space engineering industry cluster in the city.[17] According to the City's 2021 Comprehensive Annual Financial Report,[18] the top employers in the city are:

P-61s being built by Northrop Corp. during World War II in Hawthorne[19]

Besides the top employers, following businesses are located in Hawthorne:

According to the city's most recent[when?] "Comprehensive Annual Financial Report," its various funds had $126.1 million in revenues, $113.2 million in expenditures, $220.2 million in total assets, $152.7 million in total liabilities, and $29.6 million in cash and investments.[25] The structure of the management and coordination of city services is:[26] The city manager is Vontray Norris.[3]

In the United States House of Representatives, Hawthorne is in California's 43rd congressional district, represented by Democrat Maxine Waters.[28]

Hawthorne Math and Science Academy is a charter high school in Hawthorne associated with the Hawthorne School District.[33]

The Hawthorne Press Tribune is the community newspaper for the City of Hawthorne.[34]