Overview of mass media in the San Francisco Bay Area 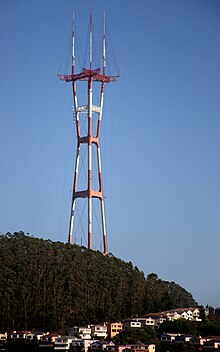 Sutro Tower, the landmark TV and radio antenna tower in San Francisco where some of the major Bay Area stations transmit from

The media in the San Francisco Bay Area has historically focused on San Francisco but also includes two other major media centers, Oakland and San Jose. The Federal Communications Commission, Nielsen Media Research, and other similar media organizations treat the San Francisco-Oakland-San Jose Bay Area as one entire media market. The region hosts to one of the oldest radio stations in the United States still in existence, KCBS (AM) (740 kHz), founded by engineer Charles Herrold in 1909. As the home of Silicon Valley, the Bay Area is also a technologically advanced and innovative region, with many companies involved with Internet media or influential websites. 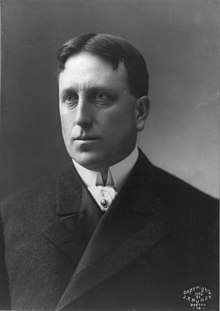 Newspaper publisher William Randolph Hearst, who took over the now-San Francisco Examiner in 1887 and later made it the flagship of his national chain

The first newspaper published by Americans in California was The Californian, printed in Monterey in 1846 announcing the Mexican–American War, written half in English and half Spanish. The press was moved to San Francisco and printing started up again on May 22, 1847 in competition with the weekly California Star, beginning that January. The first newspaper published solely in English in San Francisco was The Star published by Mormon pioneer Sam Brannan before San Francisco was renamed from Yerba Buena in 1847. Both efforts suspended publication in the face of the California Gold Rush. By August, The Californian had resumed publication, but by November 1848, both papers were bought and merged, then renamed the Alta California.

The press that once printed The Californian was moved to the Sacramento area to be used on the Placer Times. The press was again moved and began publishing the Motherlode's first paper, the Sonora Herald, then taken to Columbia to print the Columbia Star. Within a few years of the discovery of gold, mother lode towns all had multiple competing journals. Before 1860, California had 57 newspapers and periodicals serving an average readership of 290,000.

James King of William began publishing the Daily Evening Bulletin in San Francisco in October, 1855 and built it into the highest circulation paper in the city. He criticized a city supervisor named James P. Casey, who, on the afternoon of the story about him, ran in the paper, shot and mortally wounded King. Casey was lynched by the early vigilante committee. The Morning Call was established and began publishing in December 1856, and later merged with the Bulletin to become the long-running Call-Bulletin. The San Francisco Chronicle debuted in June, 1865 as the Dramatic Chronicle, founded by Charles and M.H. de Young aged 19 and 17.

In 1887, young William Randolph Hearst took over his father's Daily Examiner, which became the flagship of his national chain.

Fremont Older became editor of the San Francisco Bulletin in 1895 and took up the struggle against the powerful Southern Pacific Railroad and along with fellow Californian Lincoln Steffens, became a well-known muckraker and the first objective observer to accuse District Attorney Charles Fickert of the framing of labor radical Thomas Mooney.

The oldest African-American newspaper, still active in the 1930s, was the California Eagle. It appeared first in Los Angeles in 1879. The first French journals, the Californien and the Gazette Republicane both began in 1850, and were followed by the Courrier du Pacifique in 1852. Both the first German and first Italian papers, the California Demokrat (1852) and the Voce del Popolo (1859) were founded in San Francisco and had long runs. Chinese in California have published many newspapers, the first being the Gold Hills News in 1854.

By the early decades of the 20th century, San Francisco supported four major dailies and numerous influential weeklies. The dailies were the San Francisco Call (later Call-Bulletin), the San Francisco Examiner, the San Francisco Chronicle and the Scripps-Howard-owned Daily News. The weeklies included the Wasp, the Argonaut, the Labor Clarion, the Coast Seamen's Journal, Emanu-el, Liberator and the News Letter. 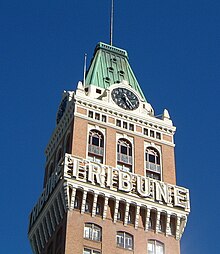 The Tribune Tower in Oakland, the headquarters of the Oakland Tribune from 1924 to 2007

Aside from the major English broadsheets, the Bay Area also publishes newspapers catering to the large ethnic communities in the region, including:

Several college newspapers also exist as well in the Bay Area, including:

The San Francisco Bay Area is currently the sixth-largest television market in the United States, with five of the six major U.S. television networks (ABC, CBS, NBC, Fox, and The CW) having owned-and-operated stations serving the region.[13] All five, plus major Spanish-language networks Telemundo, Univision, and UniMás, also own and operate stations that serve the San Francisco market. 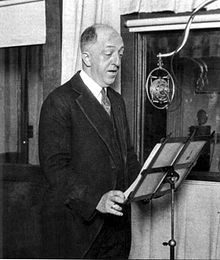 The San Francisco Bay Area is currently the fourth-largest radio market in the United States, with all of the major U.S. radio networks having affiliates serving the region. While most radio stations targeting the Bay Area originate in San Francisco, it also includes stations broadcasting from San Jose, mostly to South Bay listeners and other parts of the Bay Area depending on reception. The San Jose radio market ranks as the 37th largest, but is considered an embedded market within the Bay Area.

Radio broadcasting in the region can be traced back to the efforts of Charles Herrold and Lee de Forest as early as 1907; Herrold would ultimately establish station KQW in 1921, now known as KCBS.

Besides websites that exist in addition to print publications, many publications that only exist online have come into existence in recent years. The most notable include:

As the home of Silicon Valley, several high technology companies involved with Internet media or social media are either headquartered or have a significant presence in the Bay Area. These include the following: