This article is about the Filipino diaspora in general. For Filipino migrant workers, see Overseas Filipino Worker.

An overseas Filipino (Filipino: Pilipino sa ibayong-dagat) is a person of full or partial Filipino origin—i.e. people who trace back their ancestry to the Philippines but living or residing outside the country. This term generally applies to both people of Filipino ancestry and citizens abroad. As of 2019, there were over 12 million Filipinos overseas.[2]

Since the liberalization of the United States immigration laws in 1965, the number of people in the United States having Filipino ancestry has grown substantially. In 2007 there were an estimated 12 million Filipinos living overseas.[38][39][40]

In 2013, the Commission on Filipinos Overseas (CFO) estimated that approximately 10.2 million people of Filipino descent lived or worked abroad.[14] This number constitutes about 11 percent of the total population of the Philippines.[41] It is one of the largest diaspora populations, spanning over 100 countries.[42]

The Overseas Filipino Workers (OFWs) tend to be young and gender-balanced. Based on a survey conducted in 2011, the demographics indicate how the 24-29 age group constitutes 24 percent of the total and is followed by the 30-34 age group (23 percent) working abroad.[43] Male OFWs account for 52 percent of the total OFW population. The slightly smaller percentage of the female overseas workers tend to be younger than their male counterparts.[43] Production workers and service workers account for more than 80 percent of the labor outflows by 2010 and this number is steadily increasing, along with the trend for professional workers, who are mainly nurses and engineers.[43] Filipino seamen, overseas Filipino workers in the maritime industry, make an oversize impact on the global economy, making up a fifth to a quarter of the merchant marine crews, who are responsible for the movement of the majority of goods in the global economy.[44][45]

The OFW population is consistently increasing through the years and this is partly attributed to the government's encouragement of the outflow of contractual workers as evidenced in policy pronouncements, media campaigns, and other initiatives.[46] For instance, it describes the OFWs as the heroes of the nation, encouraging citizens to take pride in these workers.

In 2012, the Bangko Sentral ng Pilipinas (BSP), the central bank of the Philippines, expects official remittances coursed through banks and agents to grow 5% over 2011 to US$21 billion, but official remittances are only a fraction of all remittances.[47] In 2018, remittance had increased to $31 billion, which was nearly 10% of the GDP of the Philippines.[44] Remittances by unofficial, including illegal, channels are estimated by the Asian Bankers Association to be 30 to 40% higher than the official BSP figure.[47] In 2011, remittances were US$20.117 billion.[48] In 2012, approximately 80% of the remittances came from only 7 countries—United States, Canada, the United Kingdom, UAE, Saudi Arabia, Singapore, and Japan.[48]

Employment conditions abroad are relevant to the individual worker and their families as well as for the sending country and its economic growth and well-being. Poor working conditions for Filipinos hired abroad include long hours, low wages and few chances to visit family.[50][51][52] Evidence suggests that these women cope with the emotional stress of familial separation in one of two ways: first, in domestic care situations, they substitute their host-family's children for their own in the love and affection they give, and second, they actively considered the benefit their earnings would have on their children's future.[52] Women often face disadvantages in their employment conditions as they tend to work in the elder/child care and domestic.[53] These occupations are considered low skilled and require little education and training, thereby regularly facing poor working conditions.[50] Women facing just working conditions are more likely to provide their children with adequate nutrition, better education and sufficient health. There is a strong correlation between women's rights and the overall well-being of children. It is therefore a central question to promote women's rights in order to promote children's capabilities.[54][55]

According to a statement made in 2009 by John Leonard Monterona, the Middle East coordinator of Migrante, a Manila-based OFW organization, every year, an unknown number of Filipinos in Saudi Arabia were then "victims of sexual abuses, maltreatment, unpaid salaries, and other labor malpractices".[56][needs update]

Philippine Labor Migration Policy has historically focused on removing barriers for migrant workers to increase accessibility for employment abroad. Working conditions among Filipinos employed abroad varies depending on whether the host country acknowledges and enforces International labor standards. The standards are set by the ILO, which is an UN agency that 185 of the 193 UN members are part of. Labor standards vary greatly depending on host country regulations and enforcement. One of the main reasons for the large differences in labor standards is due to the fact that ILO only can register complaints and not impose sanctions on governments.

Emigration policies tend to differ within countries depending on if the occupation is mainly dominated by men or women. Occupations dominated by men tend to be driven by economic incentives whereas emigration policies aimed at women traditionally tend to be value driven, adhering to traditional family roles that favors men's wage work. As women are regularly seen as symbols of national pride and dignity, governments tend to have more protective policies in sectors dominated by women. These policies risk to increase gender inequality in the Philippines and thereby this public policy work against women joining the workforce.[57] Female OFWs most often occupy domestic positions.[58]  However, some researchers[51] argue that the cultural trends of female migrancy have the potential to destabilize the gender inequality of the Filipino culture. Evidence suggests that in intact, heterosexual families wherein the wife-mother works overseas, Filipino fathers have the potential to take on greater roles in care-giving to their children, though seldom few actually do.[59] Other researchers report that these situations lead to abuse, particularly of older daughters, who face increased pressure and responsibility in the mother's absence.[53] Likewise, the “reversal of breadwinning and caregiving roles between migrant wives and left-behind husbands” more often results in tension regarding family finances and the role each spouse should play in decision making.[50]

The Philippine government has recently opened up their public policy to promote women working abroad since the world's demand for domestic workers and healthcare workers has increased.[53] This has led to the government reporting a recent increase in women emigrating from the Philippines. A healthcare problem arises as migrating women from the Philippines and other developing countries often create a nursing shortage in the home country. Nurse to patient ratio is down to 1 nurse to between 40 and 60 patients, in the 1990s the ratio was 1 nurse to between 15 and 20 patients. It seems inevitable that the healthcare sector loses experienced nurses as the emigration is increasing. The Japan-Philippines Economic Partnership Agreement is seen as a failure by most since only 7% of applicants or 200 nurses a year has been accepted on average – mainly due to resistance by domestic stakeholders and failed program implementation. The result is a "lose-lose" outcome where Philippine workers fail to leverage their skills and a worldwide shortage persists. Despite the fact that Japan has an aging population and many Filipinos want to work in Japan, a solution has not yet been found. The Japanese Nursing Association supports "equal or better" working conditions and salaries for Filipino nurses. In contrast, Yagi propose more flexible wages to make Filipinos more attractive on the Japanese job market.[60][61] [62]

Results from a focus group in the Philippines shows that the positive impacts from migration of nurses is attributed to the individual migrant and his/her family, while the negative impacts are attributed to the Filipino healthcare system and society in general. In order to fill the nursing shortage in the Philippines, suggestions have been made by several NGOs that nursing-specializing Filipino workers overseas, locally known as "overseas Filipino workers" (OFWs), return to the country to train local nurses, for which program training would be required in order for the Philippines to make up for all its nurses migrating abroad.[62]

Wealthier households derive a larger share of their income from abroad. This might suggest that government policies in host countries favor capital-intensive activities. Even though work migration is mainly a low and middle class activity, the high-income households are able to derive a larger share of their income from abroad due to favorable investment policies. These favorable investment policies causes an increase in income inequalities and do not promote domestic investments that can lead to increased standard of living. This inequality threatens to halt the economic development as investments are needed in the Philippines and not abroad in order to increase growth and well-being. A correlation between successful contribution to the home country's economy and amounted total savings upon the migrants return has been found, therefore it is important to decrease income inequalities while attracting capital from abroad to the Philippines.[60][63]

Many host governments of OFWs have protective policies and barriers making it difficult to enter the job market. Japan has been known for rigorous testing of Filipinos in a way that make them look reluctant to hold up their part of the Japan-Philippines Economic Partnership Agreement and solely enjoy the benefit of affordable manufacturing in the Philippines, not accepting and educating OFWs.[61]

Returning migrant workers are often argued to have a positive effect on the home economy since they are assumed to gain skills and return with a new perspective. Deskilling has caused many Filipino workers to return less skilled after being assigned simple tasks abroad, this behavior creates discouragement for foreign workers to climb the occupational ladder. Deskilling of labor is especially prevalent among women who often have few and low skill employment options, such as domestic work and child or elder care. Other occupations that recently has seen an increase in deskilling are doctors, teachers and assembly line workers.[60]

To underline what a common problem this deskilling is: Returning migrant workers are calling for returnee integration programs, which suggests that they do not feel prepared to be re-integrated in the domestic workforce.[57]

As the Philippines among other countries who train and export labor repeatedly has faced failures in protecting labor rights, the deskilling of labor has increased on a global scale. A strong worldwide demand for healthcare workers causes many Filipinos to emigrate without ever getting hired or become deskilling while possibly raising their salary. The result is a no-win situation for the sending and receiving country. The receiving countries lose as skilled workers are not fully utilizing their skills while the home country simultaneously experience a shortage of workers in emigrating prone sectors.[61]

Countries and territories with Filipino populations 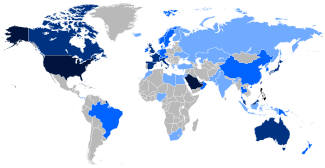 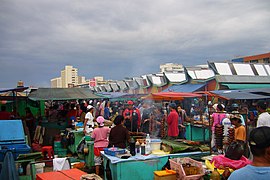 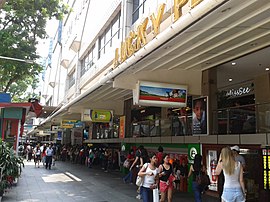