University committed to research as a central part of its mission

Institutions of higher education that are not research universities (or do not aspire to that designation, such as liberal arts colleges) instead place more emphasis on student instruction or other aspects of tertiary education, and their faculty members are under less pressure to publish or perish.[8] 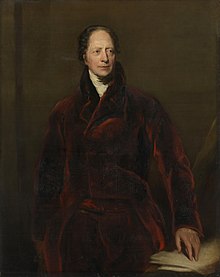 Teaching was the primary purpose of the European university but growing out of the Enlightenment, there arose the idea that the university's purpose was also to explore, create or find "new" knowledge. The concept of the research university first arose in early 19th-century Prussia in Germany, where Wilhelm von Humboldt championed his vision of Einheit von Lehre und Forschung (the unity of teaching and research), as a means of producing an education that focused on the main areas of knowledge (the natural sciences, social sciences, and humanities) rather than on the previous goals of the university education, which was to develop an understanding of truth, beauty, and goodness.[9][10] Roger L. Geiger, a historian specializing in the history of higher education in the United States, has argued that "the model for the American research university was established by five of the nine colonial colleges chartered before the American Revolution (Harvard, Columbia, Yale, Princeton, and Pennsylvania); five state universities (Michigan, Wisconsin, Minnesota, Illinois, and California); and five private institutions conceived from their inception as research universities (MIT, Cornell, Johns Hopkins, Stanford, and Chicago)."[11][12] In turn, research universities were essential to the establishment of American hegemony by the end of the 20th century.[13] In particular, Columbia and Harvard were instrumental in the development of the American film industry (Hollywood),[14] MIT and Stanford were leaders in building the American military–industrial complex,[15] and Berkeley and Stanford played a central role in the development of Silicon Valley.[16]

A woman conducting nuclear research at the University of Wisconsin-Madison

John Taylor, Professor of Higher Education Management at the University of Liverpool, defines the key characteristics of successful research universities as:[5]

Philip Altbach defines a different, although similar, set of key characteristics for what research universities need to become successful:[20]

A 2012 National Academies of Sciences, Engineering, and Medicine report defined research universities, in the American context, as having values of intellectual freedom, initiative and creativity, excellence, and openness, with such additional characteristics as:[21]

Global university rankings use metrics that primarily measure research to rank universities.[22][23] Some also have criteria for inclusion based on the concept of a research university such as teaching at both undergraduate and postgraduate level and conducting work in multiple faculties (QS World University Rankings),[24] or teaching undergraduates, having a research output of more than 1000 research papers over 5 years, and no more than 80% of activity in a single subject area (Times Higher Education World University Rankings).[25]

The QS World University Ranking for 2021 included 1002 research universities. The region with the highest number was Europe, with 39.8%, followed by Asia Pacific with 26.7%, the US and Canada with 15.6%, Latin America with 10.8% and the Middle East and Africa with 7%. All regions except the Middle East and Africa were represented in the top 100. The largest number of new entrants to the rankings were from East Asia and Eastern Europe, followed by Southern Europe.[26] By individual country, the US has the most institutions with 151, followed by the UK with 84, China with 51, and Germany with 45. The top 200 shows a similar pattern with the US having 45 universities, the UK 26 and Germany 12.[27] By comparison, the Carnegie Classification of Institutions of Higher Education (2015) identifies 115 US universities as "Doctoral Universities: Highest Research Activity" and a further 107 as "Doctoral Universities: Higher Research Activity", while Altbach estimated that there were around 220 research universities in the US in 2013.[2][28]