A portion of the South Campus at the University of California, Davis is in Solano County. 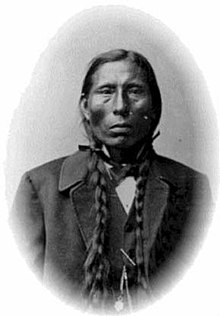 Solano County is named for Chief Francisco Solano of the Suisunes, a Patwin tribe of Wintun people.

Solano County was one of the original counties of California, created in 1850 at the time of statehood.

At the request of General Mariano Guadalupe Vallejo, the county was named for Chief Solano of the Suisun people, a Native American tribe of the region and Vallejo's close ally. Chief Solano at one time led the tribes between the Petaluma River and the Sacramento River. The chief was also called Sem-Yeto, which signifies "brave or fierce hand." The Chief was given the Spanish name Francisco Solano during baptism at the Catholic Mission, and is named after the Spanish Franciscan missionary, Father Francisco Solano. "Solano" is a common surname in the north of Spain, especially in Navarra, Zaragoza and La Rioja.

Travis Air Force Base is located just east of Fairfield.

Solano County is the easternmost county of the North Bay.[7] As such, it is sometimes reported by news agencies as being in the East Bay.[8][9][10] Additionally, a portion of the county extends into the Sacramento Valley, geographically.

Solano County has several inactive cinnabar mines, including the Hastings Mine and St. John's Mine,[12] both of which are subject to ongoing mercury monitoring. These mines were worked in the first half of the twentieth century.

Solano County has a number of rare and endangered species, including the beetle Elaphrus viridis, the wildflower Lasthenia conjugens, commonly known as Contra Costa goldfields and the annual plant Legenere limosa or False Venus' looking glass.

Each agency interconnects with the others, enabling transit trips throughout the county. Service also connects with BART stations in Contra Costa County. Transit links are provided to Napa, Yolo and Sacramento counties as well.

General aviation airports in Solano County which are open to the public are the Nut Tree Airport and Rio Vista Municipal Airport.

A 2014 analysis by The Atlantic found Solano County to be the 5th most racially diverse county in the United States, behind Aleutians West Census Area and Aleutians East Borough in Alaska, Queens County in New York, and Alameda County in California.[19]

The following table includes the number of incidents reported and the rate per 1,000 persons for each type of offense (2011).

The Government of Solano County is defined and authorized under the California Constitution and law as a general law county. The County government provides countywide services such as elections and voter registration, law enforcement, jails, vital records, property records, tax collection, public health, and social services. In addition the County serves as the local government for all unincorporated areas.

The County government is composed of the elected five-member Board of Supervisors, several other elected offices including the Sheriff-Coroner, District Attorney, Assessor/Recorder, Auditor-Controller, and Treasurer/Tax Collector/County Clerk, and numerous county departments and entities under the supervision of the County Administrator. As of January 2013 the members of the Solano County Board of Supervisors were:

Solano County has been a Democratic stronghold in presidential and congressional elections, with Californians Richard Nixon (in 1972) and Ronald Reagan (in 1980 and 1984) being the only Republicans to win the county since 1928.

On November 4, 2008, Solano County voted 55.82% in favor of Proposition 8, which amended the California Constitution to ban same-sex marriages. It was the only Bay Area county to approve the initiative.[35] In the 2008 presidential election that day, Barack Obama carried the county by a 28.5% margin over John McCain, a larger margin than statewide (24%).[36]

According to the California Secretary of State, as of February 10, 2019, Solano County has 236,028 registered voters. Of those, 106,452 (45.1%) are registered Democrats, 50,006 (21.2%) are registered Republicans, and 66,558 (28.2%) have declined to state a political party.[37] Democrats hold voter-registration advantages in all incorporated cities and towns in Solano County. However, Republicans lead in registration in the unincorporated communities of the county (40%-35%), making Solano the only county in the Bay Area where Republicans out-number Democrats in unincorporated communities. The Democrats' largest registration advantage in Solano is in the city of Vallejo, wherein there are only 8,242 Republicans (14.6%) out of 56,313 total voters compared to 33,753 Democrats (59.9%) and 12,157 voters who have declined to state a political party (21.6%).

The population ranking of the following table is based on the 2020 census of Solano County.[38]