With the application of probability sampling in the 1930s, surveys became a standard tool for empirical research in social sciences, marketing, and official statistics.[1] The methods involved in survey data collection are any of a number of ways in which data can be collected for a statistical survey. These are methods that are used to collect information from a sample of individuals in a systematic way. First there was the change from traditional paper-and-pencil interviewing (PAPI) to computer-assisted interviewing (CAI). Now, face-to-face surveys (CAPI), telephone surveys (CATI), and mail surveys (CASI, CSAQ) are increasingly replaced by web surveys.[2]

There are several ways of administering a survey.[3] Within a survey, different methods can be used for different parts. For example, interviewer administration can be used for general topics but self-administration for sensitive topics. The choice between administration modes is influenced by several factors, including 1) costs, 2) coverage of the target population (including group-specific preferences for certain modes[4]), 3) flexibility of asking questions, 4) respondents’ willingness to participate and 5) response accuracy. Different methods create mode effects that change how respondents answer. The most common modes of administration are listed under the following headings.[5]

Mobile data collection or mobile surveys is an increasingly popular method of data collection. Over 50% of surveys today are opened on mobile devices.[6] The survey, form, app or collection tool is on a mobile device such as a smart phone or a tablet. These devices offer innovative ways to gather data, and eliminate the laborious "data entry" (of paper form data into a computer), which delays data analysis and understanding. By eliminating paper, mobile data collection can also dramatically reduce costs: one World Bank study in Guatemala found a 71% decrease in cost while using mobile data collection, compared to the previous paper-based approach.[7]

SMS surveys can reach any handset, in any language and in any country. As they are not dependent on internet access and the answers can be sent when its convenient, they are a suitable mobile survey data collection channel for many situations that require fast, high volume responses. As a result, SMS surveys can deliver 80% of responses in less than 2 hours [8] and often at much lower cost compared to face-to-face surveys, due to the elimination of travel/personnel costs.[9]

Apart from the high mobile phone penetration,[10][11] further advantages are quicker response times and the possibility to reach previously hard-to-reach target groups. In this way, mobile technology allows marketers, researchers and employers to create real and meaningful mobile engagement in environments different from the traditional one in front of a desktop computer.[12][13] However, even when using mobile devices to answer the web surveys, most respondents still answer from home.[14][15]

Online (Internet) surveys are becoming an essential research tool for a variety of research fields, including marketing, social and official statistics research. According to ESOMAR online survey research accounted for 20% of global data-collection expenditure in 2006.[1] They offer capabilities beyond those available for any other type of self-administered questionnaire.[16] Online consumer panels are also used extensively for carrying out surveys but the quality is considered inferior because the panelists are regular contributors and tend to be fatigued. However, when estimating the measurement quality (defined as product of reliability and validity) using a multitrait-mutlimethod approach (MTMM), some studies found a quite reasonable quality[17][18] and even that the quality of a series of questions in an online opt-in panel (Netquest) was very similar to the measurement quality for the same questions asked in the European Social Survey (ESS), which is a face-to-face survey.[19] 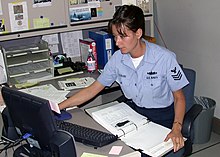 Some studies have compared the quality of face-to-face surveys and/or telephone surveys with that of online surveys, for single questions, but also for more complex concepts measured with more than one question (also called Composite Scores or Index).[20][21][22] Focusing only on probability-based surveys (also for the online ones), they found overall that the face-to-face (using show-cards) and web surveys have quite similar levels of measurement quality, whereas the telephone surveys were performing worse. Other studies comparing paper-and-pencil questionnaires with web-based questionnaires showed that employees preferred online survey approaches to the paper-and-pencil format. There are also concerns about what has been called "ballot stuffing" in which employees make repeated responses to the same survey. Some employees are also concerned about privacy. Even if they do not provide their names when responding to a company survey, can they be certain that their anonymity is protected? Such fears prevent some employees from expressing an opinion.[23]

These issues, and potential remedies, are discussed in a number of sources.[26][27]

Researchers can combine several above methods for the data collection. For example, researchers can invite shoppers at malls, and send willing participants questionnaires by emails. With the introduction of computers to the survey process, survey mode now includes combinations of different approaches or mixed-mode designs. Some of the most common methods are:[32]