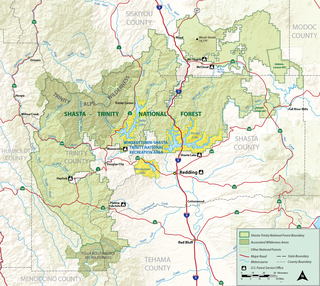 Each of the units encompasses a large reservoir (man-made lake) and its surrounding natural features, habitats, and terrain. The WST-NRA has interesting wildlife viewing opportunities, including over sixty pairs of osprey, thirty pairs of nesting bald eagles, other resident and migrating birds, and deer and bear populations. 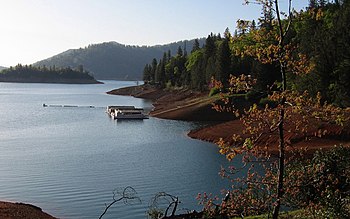 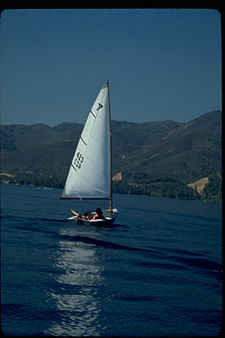 Shasta Lake is the largest reservoir in California. When full, the lake has 370 miles (600 km) of shoreline, which exceeds that of San Francisco Bay. The reservoir contains 30,000 acres (12,000 ha), and holds 4,550,000 acre-feet (5,610 Gl) of water. Shasta Lake is formed by Shasta Dam, which is the second largest (after Grand Coulee Dam) and second tallest (after Hoover Dam) concrete dam in the United States.

It also includes 39,000 acres (16,000 ha) surrounding the reservoir. The backcountry, with mountain creeks and waterfalls, is accessible via 70 miles (110 km) of multi-use hiking, equestrian, and/or mountain biking) trails.[2]