Colusa County is a county located in the U.S. state of California. As of the 2010 census, the population was 21,419.[3] The county seat is Colusa.[5] It is in the Central Valley of California, northwest of the state capital, Sacramento.

Colusa County is one of the original counties of California, created in 1850 at the time of statehood. Parts of the county's territory were given to Tehama County in 1856 and to Glenn County in 1891.[6]

The county was named after the 1844 Rancho Colus Mexican land grant to John Bidwell. The name of the county in the original state legislative act of 1850 was spelled Colusi, and often in newspapers was spelled Coluse.[7][8] The word is derived from the name of a Patwin village known as Ko'-roo or Korusi located on the west side of the Sacramento River on the site of the present-day city of Colusa.[9][10] The name was established as Colusa by 1855.[6]

Present-day Colusa County was originally home to the Patwin band of the Wintun people,[11] whose territory included areas along the Sacramento River as well as lands extending west towards Lake County, bounded in the north by the sources of Stony Creek near Stonyford and in the south by Putah Creek.[12]

Linguistically, the Patwin people in the Colusa area spoke two dialects of the Southern Wintuan language. River Patwin was spoken in villages along the Sacramento River, including at Korusi, site of the present city of Colusa. Hill Patwin was spoken in the plains and foothills to the west.[11]

The county's eastern boundary is formed, in part, by the Sacramento River.

In its early history Colusa was one of the most reliable Democratic counties in California. Along with Mariposa County, it was one of only two counties in the Pacific States to support Alton B. Parker in 1904.[32] From 1880 until 1952, Colusa only went Republican during the GOP landslides of the Roaring Twenties. Since 1952, however, Colusa has become a strongly Republican county in Presidential and congressional elections, with Lyndon Johnson, in 1964, being the last Democrat to win the county.

On November 4, 2008 Colusa County voted 71.6% for Proposition 8 which amended the California Constitution to ban same-sex marriages.

runs buses from Colusa to Williams, Arbuckle, Grimes and College City, with limited service to Maxwell.

Colusa County Airport is a general-aviation airport located near the city of Colusa.

The population ranking of the following table is based on the 2010 census of Colusa County.[38] 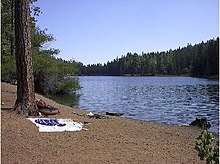 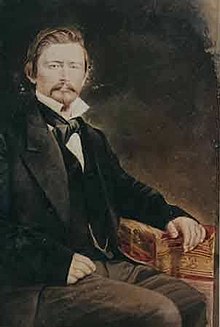