Located east on the 8 freeway between San Diego and El Cajon sits the town of La Mesa; known as the Jewel of the Hills. With nearly perfect weather year-round, walkable downtown and neighborhood areas, and the serene Lake Murray, La Mesa presents a calming environment to live or visit. 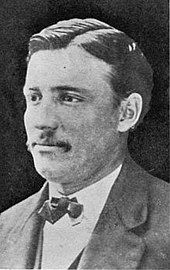 La Mesa was originally part of Rancho El Cajón, a Mexican era rancho grant owned by the family of Don Miguel de Pedrorena, a Californio ranchero and signer of the Californian Constitution.

La Mesa in Spanish means "the table", or alternately "the plateau", relating to its geography.[9] La Mesa was part of a larger tract, Mission San Diego de Alcalá, and was used by Spanish missionaries.[10]

La Mesa was founded in 1869 and The City of La Mesa was incorporated on February 16, 1912. It does not have a city charter but operates under the laws of the state of California.

Its official flower is the bougainvillea.[1]

In 2020, La Mesa was the site of civil unrest in the wake of the murder of George Floyd in Minneapolis, Minnesota.[11] Two days after Floyd's murder, an unarmed black man was grabbed and shoved by a white La Mesa Police officer and arrested at the Grossmont Trolley Station.[12] The video of the incident went viral and led to more than 1000 protesters converging on the city. An African-American grandmother was shot in the face with a bean bag round from police.[13] The officer in the trolley station incident was charged with falsifying a police report in connection with the reason for the arrest but acquitted in December 2021.[14]

La Mesa is bordered by the city of San Diego on the west and north, Spring Valley and Lemon Grove on the south, and El Cajon on the east. It includes the neighborhood of Grossmont.

The climate in the San Diego area, like much of California, often varies significantly over short geographical distances, resulting in micro-climates. In San Diego's case, this is mainly due to the city's topography (the Bay, and the numerous hills, mountains, and canyons). Frequently, particularly during the "May gray/June gloom" period, a thick "marine layer" cloud cover will keep the air cool and damp within a few miles of the coast, but will yield to bright cloudless sunshine approximately 5–10 miles (8–16 km) inland. This happens every year in May and June. Even in the absence of June gloom, inland areas tend to experience higher temperatures than areas closer to the coast.

The City of La Mesa is served by the San Diego Trolley's Orange Line at its stations in Spring Street, La Mesa Boulevard, Grossmont Transit Center, and Amaya Drive, the last two of which are also served by the Green Line.

There is a farmer's market in La Mesa Village every Friday afternoon.[19]

On June 14, 1997, with the help of Councilmember Ruth Sterling, the City of La Mesa inaugurated its First Annual Flag Day Parade.[20]

La Mesa Walkway of the Stars

The “Walkway of the Stars” is a pedestrian walkway that has been transformed into an urban park in downtown La Mesa. The vision for a place to recognize La Mesa's extraordinary volunteers was provided by Councilmember Ruth Sterling. The park's theme honors the city's outstanding volunteers who have provided 10,000 or more hours of service to the city of La Mesa. “Walkway of the Stars” is located between the Allison Avenue municipal parking lot and La Mesa Boulevard.[21]

At the beginning of each October, La Mesa holds its biggest event of the year, Oktoberfest, attended by approximately 200,000 people over the three nights of the event.[22]

Back to the 50s Car Show

The Back to the '50s Car Show is an annual summer event where classic car enthusiasts come to display their vehicles. The event is held every Thursday evening during the months of June through August in La Mesa Village along La Mesa Boulevard. Admission to the event is free.[23]

Sundays At Six is a free concert series that is offered every year in the months of June and July. For six Sundays, free concerts are performed in Harry Griffen Park from 6pm to 7pm. The concerts began in 2002 after being conceived by then-city councilman Mark Arapostathis and assistant city manager Yvonne Garrett along with members of the community. They are organized by the La Mesa Arts Alliance and sponsored by the Boys & Girls Clubs of East County Foundation.[24]

Other annual events include Christmas in the Village, and Antique Street Fair.[25]

The original offices of The San Diego Door, a popular underground newspaper of the 1960s, were located in La Mesa at 7053 University Avenue.

La Mesa is a general law city which uses a council-manager system of government with a directly elected mayor. The city council consists of a mayor and four councilmembers, all of whom are elected from the city at large and serve four-year terms. The council meets on the second and fourth Tuesday of each month.[3] The current mayor is Mark Arapostathis, who was re-elected in 2018.[28]

In the United States House of Representatives, La Mesa is in California's 53rd congressional district, represented by Democrat Sara Jacobs.[30]

Centrally located in the rolling hills of San Diego County Mesa is known as the Jewel of the Hills. A near perfect climate, tree-lined streets, walkable neighborhoods, easy access to retail and commercial areas, and a quaint downtown village make La Mesa a highly desirable community in which to live and work.

There is more to Jewel of the Hills than just geography. It’s about the myriad people who have called La Mesa home for the last 100 years whom we honor for their extraordinary accomplishments as well as their devotion to the community.

It’s about discovering one-of-a-kind places tucked away in tree-lined neighborhoods. It’s about finding the friendly ambience that hallmarks La Mesa as a small, picturesque city with lots of character. You are invited to experience the wealth of treasures that make up La Mesa… the Jewel of the Hills.

Questions about this Community?
Ask the Local Experts